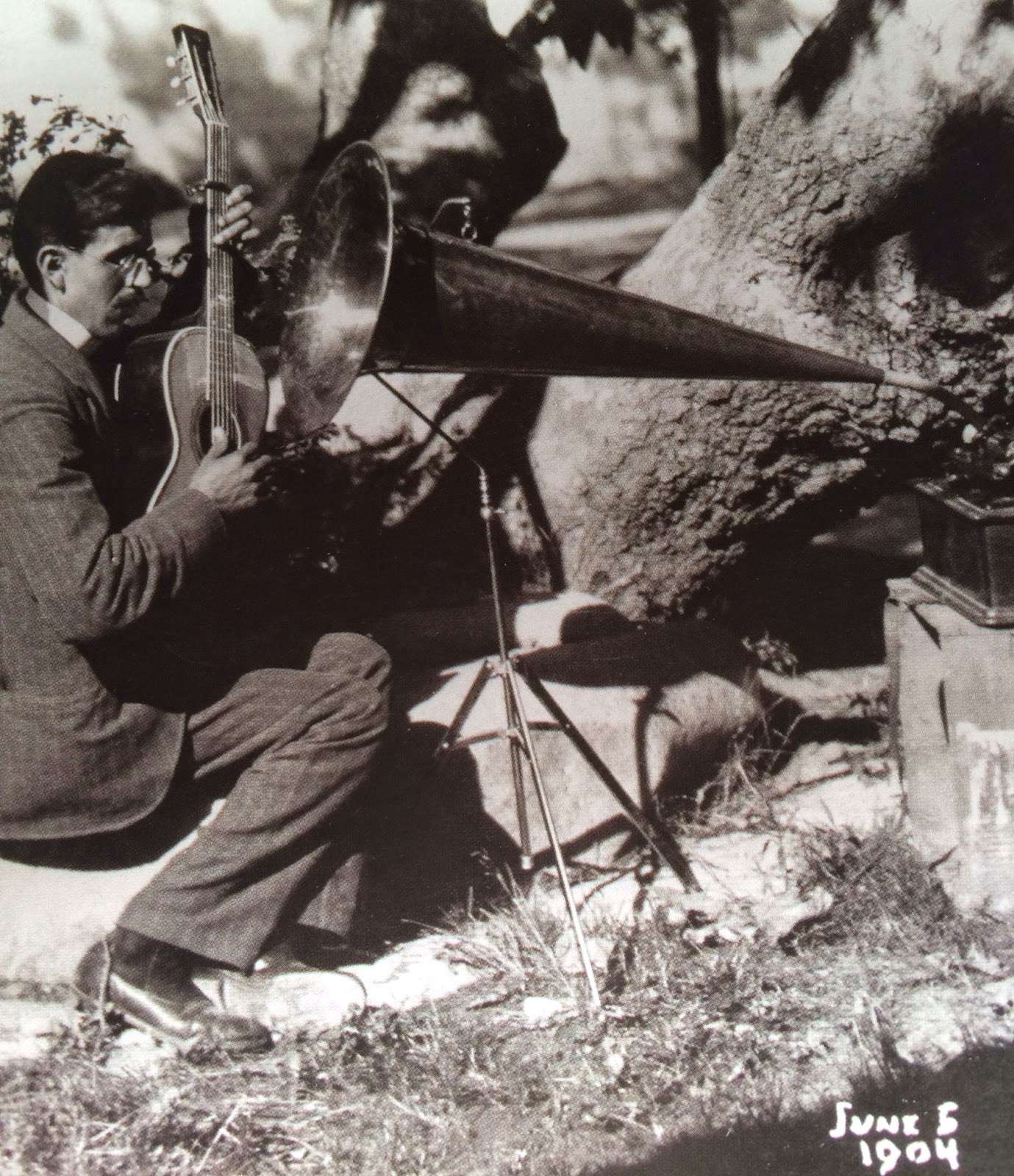 I recently found a wonderful article from 2009, written by Kim Walters and Michael Khanchalian, in the Autry’s Convergence magazine. Keeping Archaeology Alive- The race against time to save the Lummis sound recordings. I wanted to write a post to synopsize this interesting article.

Lummis, founder of the Southwest Museum, dedicated much of his life to preserving cultures that he felt were vanishing. He also believed that a large part of the culture of the Hispanic people of the Southwest would be forgotten if not recorded. The music, he felt, was as important as the visual records that he photographed during his travels.

In 1904, the newly founded Southwest Society began recording Californio folksongs on Edison recorder and wax cylinders. In a passage from his 1923 Spanish Songs of Old California songbook Lummis explained:

Personally, I feel that we who today inherit California are under a filial obligation to save whatever we may of the incomparable Romance, which has made the name California a word to conjure with for 400 years. I feel that we cannot decently dodge a certain trusteeship to save the Old Missions from ruin and the Old Songs from oblivion. And I am convinced that from a purely selfish standpoint, our musical repertory is in crying need of enrichment-more by heartfelt musicians that by tailor-made ones, more from folksong than from potboilers. For 38 years I have been collecting the old, old songs of the Southwest; beginning long before the phonograph but utilizing that in later years. I have thus recorded more than 450 unpublished Spanish Songs (and know many more in my “Attic”). It was barely in time, the very people who taught them to me have mostly forgotten them, or dies and few of their children know them. But it is a sin and a folly to let each song perish. We need them now!

The singers that Lummis hired for his Hispanic music recordings were mostly from families in Los Angeles. The recordings included Serenades associated with rancho life and nursery songs from the Mission schools. Almost all of the recordings were done at El Alisal, Lummis’ home in Highland Park.

I’m hoping that we will be able to include some of these exciting recordings in the documentary. Through the tireless efforts of many, including Dr. Michael Khanchalian and his team, there are now over 450 cylinder that have been digitized. Lummis would be so pleased!