Lummis and the Founding of the Southwest Museum by Kim Walters 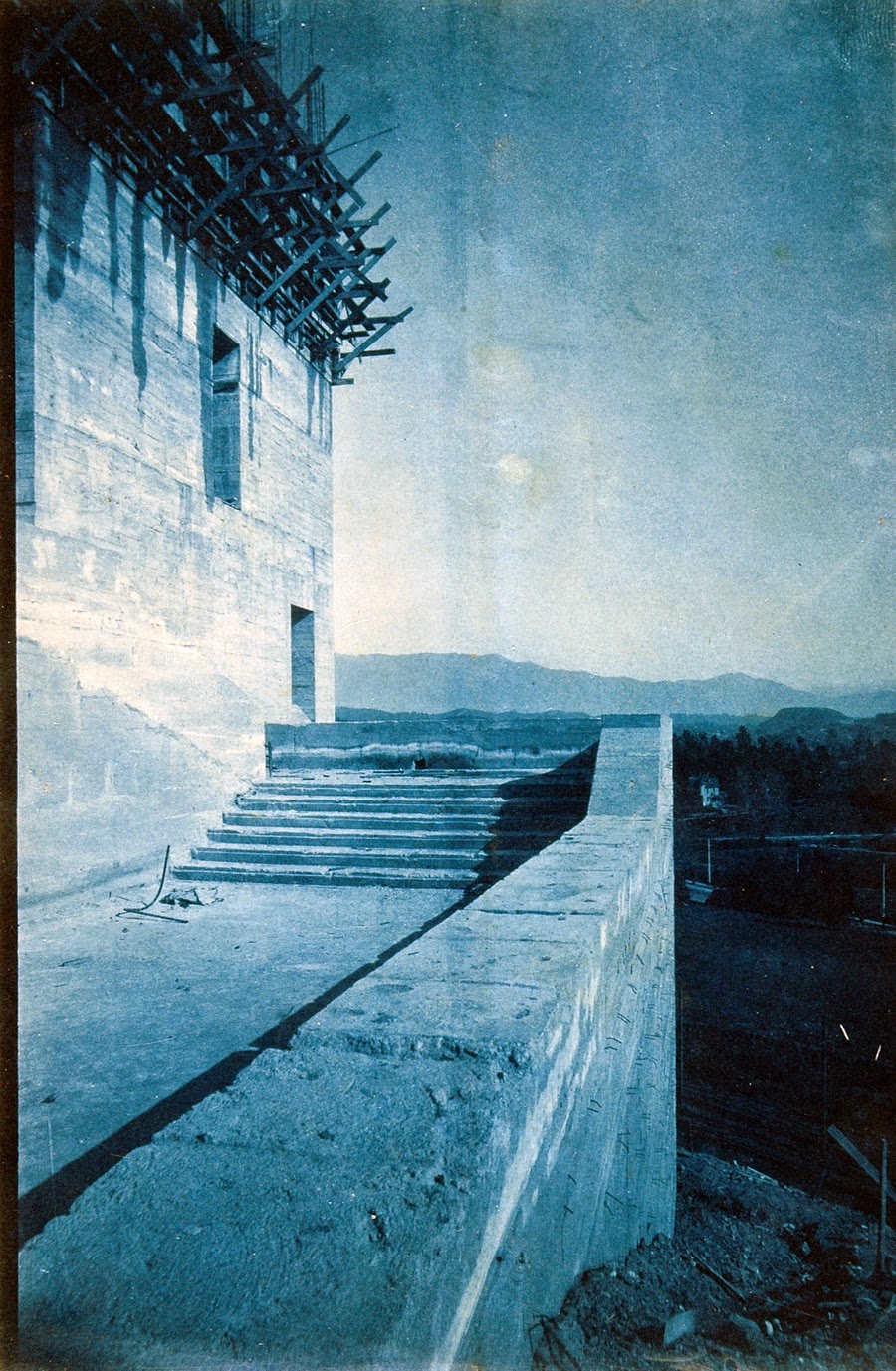 
We are so fortunate to have Kim Walters as our film's Advisor and knowledgeable member of our creative engine. She recently shared with us this great article that she wrote about the founding of the Southwest Museum.

CHARLES F. LUMMIS AND THE FOUNDING OF THE SOUTHWEST MUSEUM


The Southwest Museum founded in 1907 is a product of the period in the United States when museums, educational institutions and academic fields of study were being created to acquire archaeological and ethnological material, knowledge of Southwestern and Native America and other cultures throughout the world, and it is an excellent example of this type of institution which focused on acquiring knowledge through systematic study and education dissemination programming. Contextually it relates to the realization of the importance to study archaeology throughout the United States and, specifically in California and the Southwestern United States. Further the distinguished work of various professionals associated with the Southwest Museum is important to the development in the academic fields archaeology and ethnology and study of American and Southwestern United States cultures, and museums in the United States with education programs related specifically to Southwestern and Native American material.


In the United States during the mid to late nineteenth century the majority of museums which collected archaeological and ethnological materials relating to Native Americans were established. Many of these new institutions were natural history museums. The academic disciplines of anthropology and archaeology were beginning in the United States. In mid-nineteenth century Europe, anthropology as a discipline grew out of natural history, as the study of human beings. The study of language, culture, physiology, and artifacts of European colonies was more or less equivalent to studying the flora and fauna of those places. Anthropology as a professional discipline in the United States was established in the early 1900s with the first Ph.D. program at Columbia University under Franz Boas. This is the cultural and social context in which Charles Lummis founded the Southwest Museum.


The founder of the Southwest Museum, Charles F. Lummis, had many colleagues from these eastern institutions and was concerned about material leaving the Southwest and what this meant to future generations. He transformed his vision into a viable institution with the Museum's incorporation in 1907. His life long friendship with Adolph Bandelier exposed Lummis to many cultures in the Americas. Lummis’ experience with Bandelier in Peru and Bolivia on an archaeological expedition in 1893 influenced his ideas about archaeology. Lummis also had a close friendship with Frank Hamilton Cushing whose work and collecting for the Smithsonian Institution, the British Museum and a national Museum in Germany further helped to form Lummis’ vision for establishing a museum in the Southwest.


When Lummis became the editor of the Land of Sunshine magazine in 1895, in his earliest issue he wrote his editorial comments about establishing a museum dedicated to vast and varied interests in Southern California. Lummis wanted the museum’s mission to include a range of scientific and aesthetic interests that would highlight the seven counties in Southern California. The collection and study of flora, fauna, ethnology and archaeology were to be paramount to this new institution. In the next three issues he wrote articles dedicated to important private collections of Palmer-Campbell and Yates that focused on materials relating to Southern California. His idea for a museum took tangible form in 1903 with the founding of the Southwest Society, the western branch of the Archaeological Institute of America (AIA).


When Francis W. Kelsey, general secretary of the Archaeological Institute of America, wanted to expand the influence of the Institute beyond the East through local affiliates, he reached out to fellow Harvard graduates for support. Kelsey was trying to get more people to focus on United States archaeology through local affiliates support of the parent organization by way of dues and programs. Within two years of its founding the Southwest Society had more members then the other 21 branches of the AIA.


Once Lummis agreed to establish the Southwest Society, he began to pursue his idea of a museum. Within the year he began to solicit collections and to raise money in order to purchase collections. One of the first was the Palmer-Campbell Collections of Southern California Archaeology and Baskets. He also hired Frank M. Palmer as curator to maintain his collections. In keeping "archaeology alive" Lummis began to record California Spanish folk songs. Early in 1906 Lummis and the Executive Committee of the Southwest Society began to look for land in order to his idea of a “great museum” come to fruition. The group secured 38 acres of land in Highland Park in its current location in the spring of 1907. The Southwest Museum became a reality on December 31, 1907 when it received its letters of incorporation from the State of California.


Lummis was of the opinion the Eastern museums and the national museums of Germany, England and Spain were carrying out expeditions to amass archaeological materials from the southwestern United States, that he felt belonged in the Southwest. At the time Lummis wrote it was time “to save something for Our children.” Once the Southwest Society began collecting artifacts (1905), a museum exhibition space was established in the Pacific Electric building in downtown Los Angeles. It was moved in 1908 to the Hamburger Building where it was housed until the Southwest Museum building opened in 1914.


Lummis’ interests also lay in conducting systematic archaeological surveys in the Southwest as an important means of developing museum collections in order to save them for research. The first project sponsored by the Society was conducted by Frank M. Palmer in 1905 in Redondo Beach, California. During this time Lummis battled with the Department of Interior to be able to carry on archaeological field work in Arizona on Indian Reservations. He finally succeeded and was granted a permit to work on federal land with the provision that the Society report findings to the Bureau of American Ethnology. While Lummis was working on this, he and Edgar L. Hewett were instrumental in getting the 1906 Antiquities Act passed, with the hopes of stalling the excavations of sites in the Southwest. Lummis and the Southwest Society funded the early excavations of the pueblo of Puye in New Mexico by Edgar L. Hewett with the idea that Lummis would get exhibit quality objects that were eventually be featured in the museum’s Hamburger Building space.


He also wanted to establish other museums or research centers throughout the Southwest to promote learning and scientific advancements. Lummis was in contact with the corporate headquarters of the Archaeological Institute of America about this idea, while they were in the process of establishing the School of American Research. He tried to get them to bring it to Los Angeles, but they thought it was better in Santa Fe because the staff would be in the region where they were conducting research.


Unlike many of his contemporaries who founded museums, such as George Gustav Heye, Lummis was not wealthy. He did not have a personal systematic collection and was not necessarily careful about recording provenance of objects. Rather, he acquired mementos and souvenirs that had meaning for him because of their age, or their associations with people and events. Other contemporaries of Lummis' such as Heye, Sheldon Jackson, Rudolf F. Haffenreffer, Phoebe Apperson Hearst and Mary Cabbot Wheelwright were amassing Native American material for their personal interests. They too began to take interests in establishing museums.


George Heye was able to use his personal wealth and compulsive behavior to collect any type of material culture he wanted. Heye also was more interested in the "stuff" than in the provenance. He funded expeditions to gather material which he split with the American Museum of Natural History and then later with the University of Pennsylvania Museum. Always having the first pick of the materials discovered, Heye amassed a large enough collection that he decided to establish his own museum in New York City, the Museum of the American Indian, Heye Foundation in 1916. Heye continued to purchase collections, especially immediately following the Stock Market crash. This collection is now the National Museum of the American Indian, Smithsonian Institution.


The Southwest Museum according to Lummis' early vision as written in 1895 was at first a general museum that represented material culture, the flora and fauna of Southern California. Although his 1907 article indicates that the museum is to focus on the cultures of the Southwest which includes, California, Arizona and New Mexico. When J. A. B. Scherer took over as director in 1926 the Museum's collection began to be more focused on Native Americans. Scherer argued that there were other museums in the Los Angeles area collection the natural history specimens, so he wanted the Museum to refocus back to Lummis’ original vision. “The Modern American museum is first of all an educational institution. It supplements our general educational system at two points: sharing honors with the university in increasing knowledge through scientific research, and assisting ‘the grades’ by bringing large numbers of pupils into direct contact with typical and inspiring examples of nature or art, scientifically exhibited and sympathetically interpreted.” The staff looked at the Museum's collection and began to exchange the flora and fauna with other local institutions such as The Los Angeles Museum of Art, History and Science (now the Natural History Museum of Los Angeles County) Beginning in 1932, during the tenure of well known anthropologist Frederick Webb Hodge as the Museum’s director, the focus on Native American culture was established. A sizable percentage of the present Southwest Museum collections were amassed under Hodge's leadership.


The Southwest Museum collections relate to Native Americans from Alaska to Terra del Fuego. The Museum garnered its reputation through its publication series and the systematic archaeological surveys and excavations its staff conducted from the mid-1920s through to the early 1960s. The staff worked in Arizona, Mexico, Nevada and California. The Museum research library includes manuscript, photographs and sound recordings collections. Many of the items in the manuscript collections relate to the development of archaeology and anthropology in the United States. Today collections of the Museum are utilized by national and international researchers.


With the founding the Southwest Society and later to the Southwest Museum, Lummis intended to bring a cultural institution to Los Angeles, to make Los Angeles the center of art and culture in California , and to establish ties with fledging national museums, primarily located in the East. In his writings he makes reference to New York, Boston and Chicago as eastern art and cultural centers that Los Angeles should strive to emulate.


Beginning in 1926 with a now more focused institutional vision on anthropology and Native American cultures, the Southwest Museum’s new director James A. B. Scherer was responsible for hiring professional staff, such as Charles Amsden, Monroe Amsden, Harold Gladwin, and Mark Raymond Harrington. The research efforts and the publication of the findings of these distinguished archaeologists, anthropologists and other professionals were pivotal in the establishment of the Southwest Museum’s reputation as an important repository of Native American material. Scherer also started the Masterkey, the Southwest Museum membership magazine.


Thompson, Mark, 1998 An American Character: the Curious Life of Charles Fletcher Lummis and the Rediscovery of the Southwest. New York: Arcade Publishing.